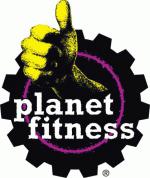 Founded in 1992 in Dover, N.H., Planet Fitness is one of the largest and fastest-growing franchisors and operators of fitness centers in the United States by number of members and locations. As of June 30, 2016, Planet Fitness had more than 8.6 million members and more than 1,200 stores in 47 states, the District of Columbia, Puerto Rico, Canada and the Dominican Republic. The Company's mission is to enhance people's lives by providing a high-quality fitness experience in a welcoming, non-intimidating environment, which we call the Judgement Free Zone®. More than 90% of Planet Fitness stores are owned and operated by independent business men and women.

To view the original version on PR Newswire, visit:http://www.prnewswire.com/news-releases/planet-fitness-inc-to-report-third-quarter-2016-results-on-october-26-2016-300349238.html