CORAL SPRINGS, Fla, May 1, 2019 /PRNewswire/ -- Planet Fitness (NYSE: PLNT) is one of the largest and fastest-growing franchisors and operators of fitness centers in the United States with more than 12.5 million members and 1,700+ stores in 50 states, the District of Columbia, Puerto Rico, Canada, the Dominican Republic, Panama and Mexico. PF Atlantic Holdings, one of the fastest growing franchisees in the Planet Fitness system, doubled its footprint over the past twelve months and now owns and operates 30 Planet Fitness health clubs in South Florida, Central California, and New Jersey. To support its expansion plans to 40 clubs over the next twelve months on its way to 70 clubs, PF Atlantic announces the addition of 4 strategic executives to support its rapid growth and expansion. 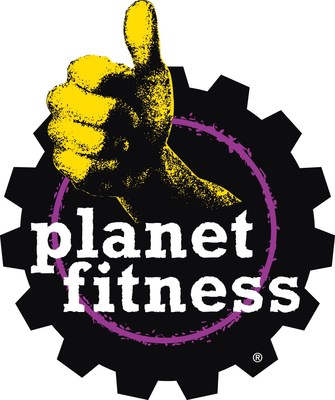 PF Atlantic Holdings has begun to accelerate both de novo and M&A growth opportunities and is excited to welcome its most recent hire, Pablo Arizmendi-Kalb as Senior Vice President of Operations. Pablo joins PF Atlantic Holdings from his US Regional Vice President and prior Vice President, General Manager Latin America roles with Starbucks. Pablo demonstrates expertise in building and developing high performance teams as well as growing large, established business operations. Pablo holds an MBA from the University of California, Berkley and is a graduate of Lewis & Clark College in Portland, OR.

The strategic addition of Pablo Arizmendi-Kalb to the organization rounds out the management team that had been recently bolstered by 3 other key hires over the past year:

Seth Grossman joined PF Atlantic Holdings as its Chief Financial Officer in 2018. Prior to joining PF Atlantic, he served as the COO and CFO of WORTH New York, an LCatterton Partners portfolio company and was the CFO/CSO of publicly traded radio and television operator, Paxson Communications Corp (c/k/a ION Television Network).  Seth is a graduate of the University of Michigan and the Harvard Business School.

Rachel L Bielert, joined PF Atlantic Holdings as its Director of Construction & Facilities Management in January of 2019, after building nearly 20 Planet Fitness gyms countrywide as a project manager for NNI Construction. In addition to building Planet Fitness clubs, Rachel's 20 years of construction experience, brings a wealth of knowledge in the areas of project management, commercial real estate development and property entitlement. Rachel is a graduate of Purdue University.

Brandyn Lorenz, joined PF Atlantic Holdings in early 2018 as Director of Real Estate. He has over 11 years of commercial real estate experience, covering Retail and Office Leasing, Tenant Representation, and Sales & Acquisitions. Brandyn is a University of Florida graduate.

"We've been thrilled to welcome Pablo, Seth, Rachel and Brandyn to the team over the last year and are excited to continue leveraging the skills and experience of the entire organization to take our already robust Planet Fitness franchisee platform to the next level," said David Bidwell, PF Atlantic Holdings Chief Executive Officer.

About Planet Fitness
Founded in 1992 in Dover, NH, Planet Fitness is one of the largest and fastest-growing franchisors and operators of fitness centers in the United States by number of members and locations. As of December 31, 2018, Planet Fitness had more than 12.5 million members and 1,742 stores in 50 states, the District of Columbia, Puerto Rico, Canada, the Dominican Republic, Panama and Mexico. The Company's mission is to enhance people's lives by providing a high-quality fitness experience in a welcoming, non-intimidating environment, which we call the Judgement Free Zone®. More than 95% of Planet Fitness stores are owned and operated by independent business men and women.