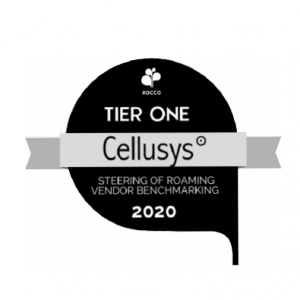 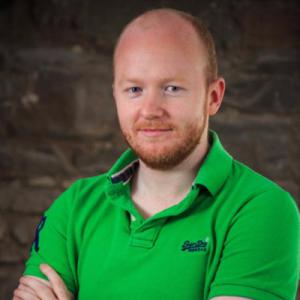 Results of the user survey indicate a definitive victory

DUBLIN, IRELAND, September 21, 2020 /EINPresswire.com/ -- Cellusys, a telecommunications solutions provider has been announced as the most highly rated vendor of Steering of Roaming systems, by mobile network operators globally. Cellusys scored higher in every category but one in the "Rocco Steering of Roaming Vendor Benchmarking Report", released every two years.

The report includes KPIs for performance and leadership as well as other metrics such as value for money and brand awareness. Industry reports such as this are intended to provide valuable insight to mobile network operators looking toward investment in new technology. Unlike other reports, the Rocco report is based on a survey of mobile network users of the various steering solutions on the market.

Cellusys ranked first in 36 out of 37 categories and scored a perfect 5/5 in 12 of the 37. Perhaps the most compelling metric of the report however, was the Net Promoter Score, in which Cellusys was rated at 90%, while the second highest was only 54%, and the only Tier-2 vendor rated at 21%. This result indicates a large disparity between rates of user satisfaction among the three vendors.

Steering of roaming is a system that mobile networks use to steer subscribers to a preferred mobile network while roaming. Daniel McTague, CTO at Cellusys has been very close to Steering of Roaming R&D from its beginnings 12 years ago, and is proud of the results of this year's survey. “Little thought is given by subscribers about what actually happens when the plane lands and you switch on your phone,” explains McTague, “however a great deal of engineering goes into making sure subscribers can connect quickly to the correct network.”

Mobile networks make wholesale agreements among themselves which then dictate target quantity of data and voice traffic to be routed to that network. Cellusys precision software is able to steer subscribers based on a multitude of criteria, including subscriber group, quality of service, and agreement targets. The integration of real time user plane data analytics gives roaming departments incredible visibility of traffic. Quality of service indicators enable the pinpointing of poorly performing roaming partners and the option to negotiate the costs down or reduce the amount of traffic sent.

Inbound roaming is also a valuable revenue stream, so some networks attempt to illegally thwart steering to capture or retain subscribers against the wishes of the home network. This negatively affects revenue and quality of experience, so it is essential that the SoR system can detect and negate any impacts arising from anti-steering. The report shows this to be of concern to MNOs, highlighting the need for sophisticated anti-steering detection and prevention like that offered by the Cellusys solution.

Another concern outlined in the report is that of distinguishing between mobile handset traffic and IoT traffic. Cellular IoT devices are often equipped with a “global roaming” SIM which effectively means they are roaming on every network they connect to, regardless of origin or location. This has significant implications for mobile networks because IoT devices consume a great deal of resources without consuming significant amounts of billable data. Another danger is that poorly designed IoT devices may “misbehave” and en masse could cause what’s known as a “signalling storm,” or massive network outage by overloading the network. Networks have a vested interest in being able to detect inbound IoT traffic and differentiate the data usage from subscriber traffic.

Changing network technologies must also be accounted for: 4G networks use a different roaming mechanism than its predecessors 2G and 3G which are based on the signaling protocols SS7 and SigTran. 4G is based on the Diameter protocol which uses LTE/EPC and requires updated solutions to be able to handle blended traffic. Operators rely on sophisticated roaming software to make these transitions seamlessly and invisibly to the end user. Additionally, there are essentially two methods to control which network a subscriber attaches to after leaving the home network: over the air (SIM-based steering) and signaling-based (which uses signalling messages). Ideally, operators should have both methods available in one solution.

The steady movement towards VoLTE voice traffic requires more operators to support VoLTE roaming in order to sustain roaming traffic volumes. As 5G comes into full-view, more traffic will shift from 2G and 3G to Diameter-based LTE bandwidths. Non-Stand-Alone systems, which are 5G connections based on legacy 4G infrastructure, will be prevalent for many years while truly stand-alone systems are slowly implemented. To be compatible with 5G Stand Alone systems, steering of roaming solutions will need to add support for the HTTP/2 protocol, which is the basis of 5G architecture.

The Steering of Roaming solution was first introduced by Cellusys in 2009 who have been among the top three vendors in the last three Rocco reports of this kind. “It is no coincidence that we came in first in both technical and service categories,” McTague suggests. “We know that listening to our customers - the ones who use the system each day - is what allows us to implement and refine features to near perfection.”