“Singularity,” A Sci-Fi Tale of Man’s Fate in the 22nd Century, Reveals Hope, Blending Science with Faith and Romance 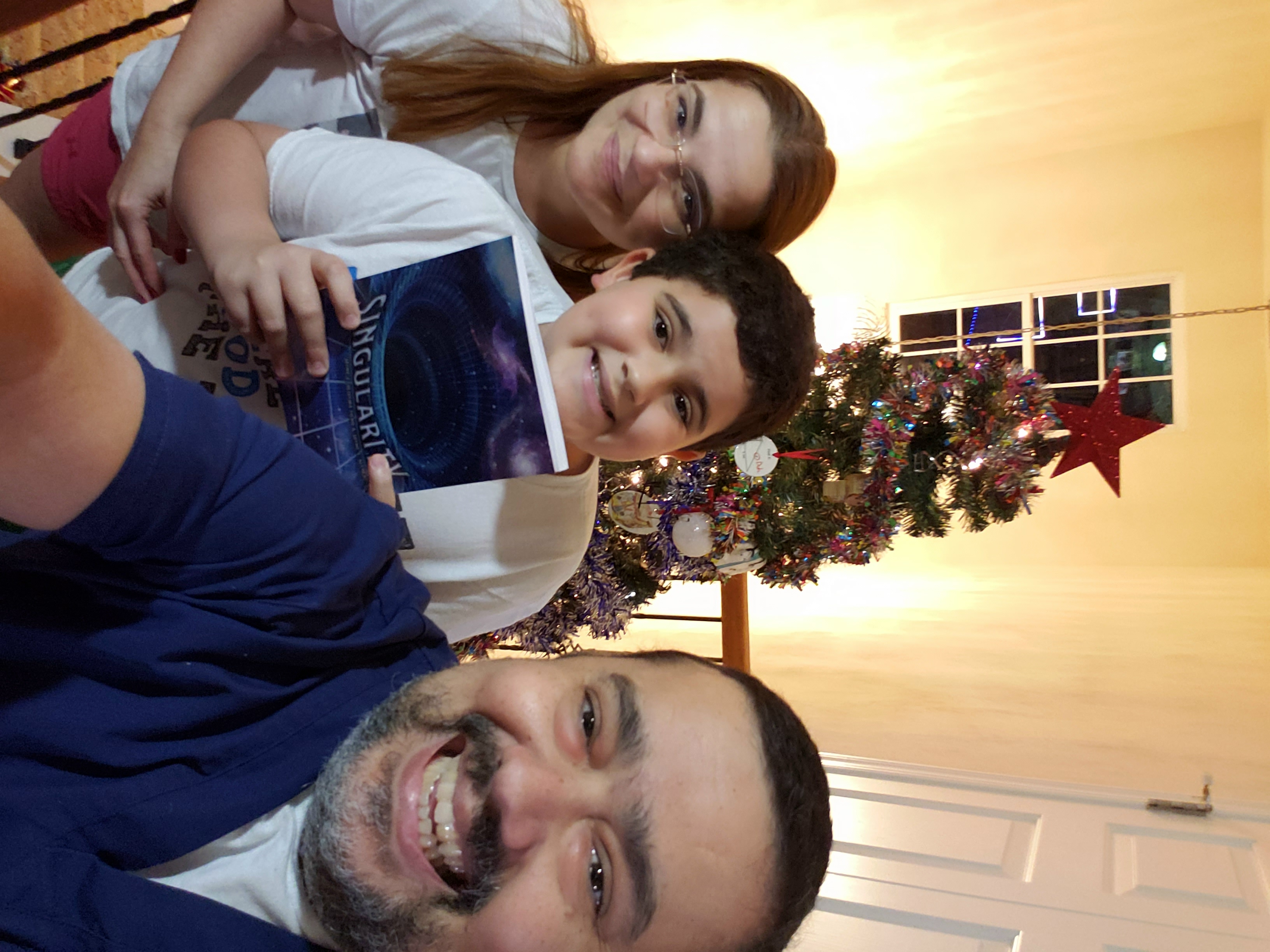 The night is darkest just before the dawn. The new work, “Singularity” by authors Jayme S. Alencar and Jayme A. Oliveira Filho, sends out a strong and positive message despite the havoc that mankind is doomed to face if the present trends continue unabated.

Alexander, a young man, lives by the motto, ‘God’s blessings and hard work,’ engraved on a bracelet his mother Daisy had given him. His great grandparents immigrated to America at the beginning of the 21st century. An exceptional leader, Alexander works for the International Space Command Center, where he also has a love interest. In the devastating conditions that prevail around him, the fate of mankind rests on Alexander and his crew, who must find a new home.

The future that Alexander lives in is here with us today. In “Singularity,” the authors have traced the fate of mankind, moving the narrative from the 21st century up to the beginning of the 22nd century, when the world is in disarray, suffering the consequences of its greed and reckless decisions. All of this happened despite the warnings of climate scientists in the 1980s. If anyone needs any further evidence, they only need to look at the year 2020, a year full of droughts, wildfires, death, and suffering, and to make matters even worse, the Covid-19 pandemic and social turbulence.

“We are living the consequences of global warming. This book shares the effects of climate change on planet Earth and what mankind must do if it is to survive and thrive in the future,” say authors Jayme S. Alencar and Jayme A. Oliveira Filho.

“This book is perfect for this year. It explains the consequences of climate change and human innovation. It is full of scientifically driven concepts and explanations. The story is very powerful and awesome too. It is a wonderful sci-fi work. I hope they make a movie out of it,” says a recent reader review.

Singularity is unique because it combines the often segmented areas of science, adventure, romance, and religion to create an engaging story. The central theme of the work revolves around decisions that mankind must make as a species to survive in the next century.

Jayme S. Alencar is a 6th grader at St. Patrick Catholic School. His debut work written when he was a 3rd grader is “Brother Bear: A Tale of Two Brothers.” Jayme loves to read, and with tremendous interest in science and the universe, he wants to become an astronomer.

Jayme A. Oliveira Filho is a dentist and amateur astronomer who lives in Virginia Beach. He loves astronomy and the universe. With the help of little Jayme, they have opened the 1st Astronomy Club at St. Matthews Catholic School. The universe always fascinated Jayme as he watched Carl Sagan in the Cosmos Series when he was a child.

Singularity by Jayme S. Alencar and Jayme A. Oliveira Filho is available from Amazon in paperback edition.

Data & News supplied by www.cloudquote.io
Stock quotes supplied by Barchart
Quotes delayed at least 20 minutes.
By accessing this page, you agree to the following
Privacy Policy and Terms and Conditions.