Right now, we see a huge push behind energy stocks. Not only green energy penny stocks but also your usual oil and gas stocks. The countdown has begun for President Biden’s green energy future. But there still needs to be infrastructure built. Regardless of whether or not you like fossil fuels, they are still needed to accomplish this build-out. This has investors, traders, and analysts focusing on the next few years.

In an email distributed to his staff recently, he advised them that “…we will break new ground: in ensuring that our economy recovers and rebuilds, in rising to the climate challenge, and in making sure transportation is an engine for equity in this country.”

Additionally, US President Joe Biden has made a similar vow regarding infrastructure. The president signed an Executive Order that would combat the climate crisis both nationally and internationally. One example of this initiative coming to fruition is the Administration’s initiative to replace all government cars and trucks with clean, zero-emission EVs. This would effectively replace hundreds of thousands of vehicles.

Energy Penny Stocks To Buy Under $5

But we’re talking about a certain group of stocks right now; penny stocks. As many of you already know, these high-volatility names carry much more risk. However, as we also know, when it comes to clean energy stocks, in particular, this niche has experienced some of the biggest momentum in the stock market today. Though this list includes companies trading below $5, it’s up to you to decide if they’re the best penny stocks to buy or not.

One of the energy penny stocks that’ve been on our watch lists for months now has been Torchlight Energy. Finally, this may have been the day we’ve been waiting for. If you’ve been a reader for a bit, you may recall the first time we discussed the company back in December. Oil and gas were one of the focal points. But green energy was another. This is where the initial excitement stemmed with Torchlight.

The traditional oil and gas company was going through a transition. Via a proposed deal with Metamaterial, the two planned a combination. “We believe this transaction provides our shareholders with the best opportunity moving forward. Metamaterial offers proven disruptive technology with strong environmental, social, and governance priorities,” is what John Brda, CEO of Torchlight, said at the time. Metamaterial is a cleantech company. Its products are used to manipulate light. So among its applications, Meta’s technology is used for things like solar energy instead of oil and gas. But the sticking point was when the deal would actually close.

This morning, the company announced a $5 million raise. In particular, Torchlight intends to use the net proceeds to provide $5 million of additional bridge financing to Metamaterial Inc. in connection with the Arrangement Agreement (the “Arrangement Agreement”) between the two companies. Though the raise was done at a discount ($1.20 per share), it appears that the market has responded favorably to its target use. 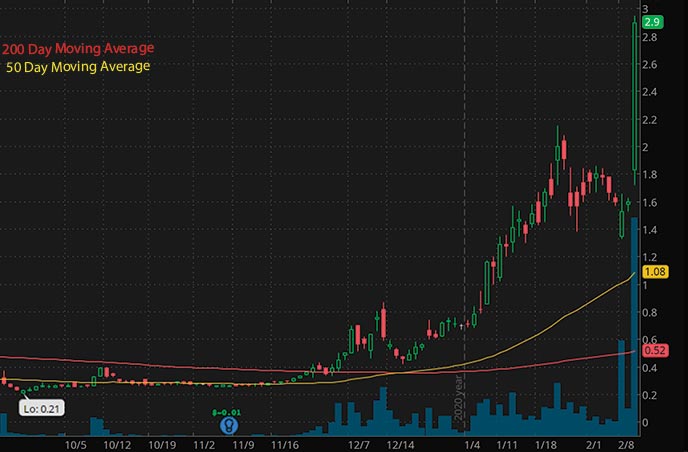 Another one of the energy penny stocks we’ve discussed frequently is Tellurian. The company received an upgrade from Wolfe Research at the end of January. The firm upped the stock to Outpeform and gave a $5 price target on TELL.

One of the main points of interest is on the company’s operations. In particular, liquified natural gas has been seen as a potential alternative fuel source allowing for lower emissions and at a lower cost compared from a production & combustion stance. Co-founder and Executive Chairman Charif Souki has explained that Tellurian is looking to begin constructing its $16.8 billion Driftwood liquefied natural gas (LNG) export project by summer.

With LNG prices continuing to fluctuate, this could be the right timing for companies in the space. Furthermore, the Administration’s drive to build this green energy infrastructure could lean on LNG as a “bridge fuel,” according to some. Furthermore, some supporters have cited that LNG was highlighted as an alternative to coal in places like Europe and as competition with Russian pipelines. Even during the Trump Administration, under Energy Secretary Rick Perry, the agency referred to liquified U.S. hydrocarbons as “freedom gas.”

So with this affinity for a “bridge fuel” will LNG stocks be ones to watch in the short-term? 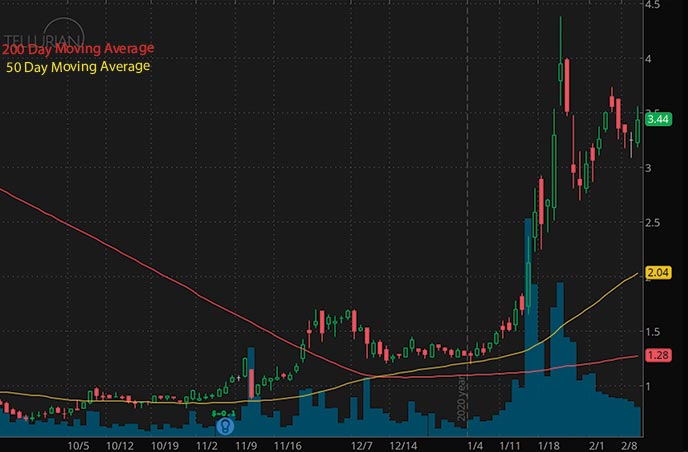 Centennial Development has been on the move for the last several months. The energy penny stock moved up from around $0.60 at the beginning of November to recent highs of $3.51 this week. The 480%+ move hasn’t come by random chance either. Over the course of these last few months, the company has been pushing ahead toward growth. Not only is it coming into the new year beating its last quarter sales estimates, but the company is also benefiting from strength in oil prices.

This has substantiated a more positive outlook from analysts as well. KeyBanc, RBC, and TD Securities have all boosted price targets on the penny stock. The company is focused on developing unconventional oil and associated liquids-rich natural gas reserves in the Permian Basin.

With prices of the commodity itself surging, CDEV stock has been tied tightly to the underlying performance. Something else to consider is that later this month, Centennial is scheduled to give its Q4 and 2020 earnings results. So if CDEV is on your list of penny stocks to watch right now, mark-down February 23rd as the date for that. 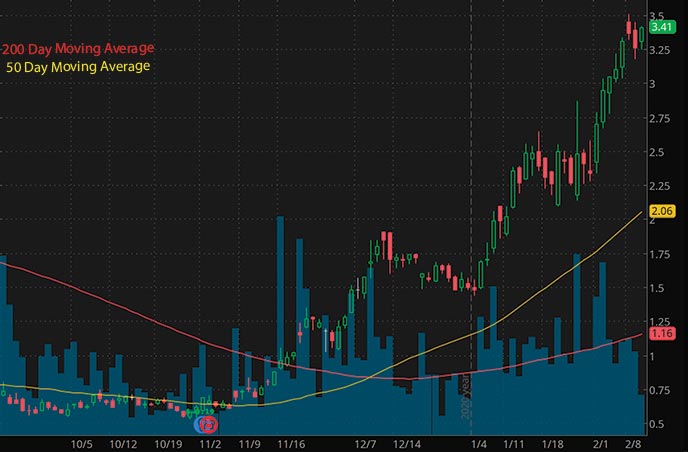 Energy Penny Stocks Are Hot But Are They Still A Buy Right Now?

Given the bullish state of the market, in general, many sectors are surging. However, energy has become one of the stand-outs this year. Both green energy and oil & gas have taken pieces of the spotlight. It’s important to understand the inner-workings of both and understand the potential risks involved. For instance, oil prices can influence many oil & gas stocks, in general. Shifts in price can quickly sway the price of oil and gas stocks. On the flip side, this is still a very new yet sweeping initiative for green energy. Government regulations could play a role when actually gaining approvals for these infrastructure projects. In any case, energy penny stocks are hot, and in light of that, will they be on your buy or sell list in February?