Looking For Biotech Stocks To Buy Now? 4 Names To Know

By: StockMarket.com
Biotech Stocks Have Been Red Hot To Start The Year

Biotech stocks are highly sought after right now and for good reason. Specifically, these stocks could bring high returns to investors who sought after them. Biotech stocks normally show more resilience to global factors like a recession. They offer the opportunity for enormous gains after reporting positive clinical trial data or announcing regulatory approvals. For these reasons, you could say that the major drive behind biotech companies is their research and development capabilities. It also hinges on how fast these companies can publish their findings and from there on, it is out in the open for investors to scrutinize.

Of course, there are risks for the sector as well. In such a volatile market, it can be quite difficult to find reasonably safe and high-growth biotech stocks. Or do you go with industry giants like Alexion Pharmaceuticals (NASDAQ: ALXN) and Pfizer (NYSE: PFE)? Despite the gains that some top biotech stocks have seen in the past year, will this just be the beginning of another massive growth story for these stocks over the next few years?

Looking for the best biotech stocks is no trivial task. But with proper due diligence and research, you could bring substantial gains to your portfolio. With that in mind, here is a list of top biotech stocks that are trending this month.

Cancer Genetics or CGI is a leader in drug discovery and preclinical oncology and immuno-oncology services. For instance, it plays a vital role in enhancing the development of advanced therapies in precision medicine. The company was founded in 1999 and is built on a foundation of world-class scientific knowledge and IP in diagnostics and drug discovery. CGIX stock shot up by over 100% on Wednesday but has since taken a breather. This was after the company filed an SEC form S-4 indicating that its board approved the proposed merger with StemoniX. 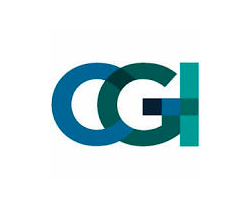 The proposed merger is an attempt to reduce the time and labor required to bring new drugs to the market. With the merger, both companies will be able to collaborate on drug discovery and development for two major areas; advanced animal models and relevant human high-throughput organoid platforms. StemoniX along with CGI subsidiary vivoPharm will have a joint proof-of-concept program between them.

Furthermore, the program will assess the central nervous system safety and toxicity of novel compounds, which will set the stage for future partnership collaborations with drug developers. With such exciting developments surrounding the company, will you consider buying CGIX stock?

Bio-Path is an oncology-focused biotech company that leverages its innovative DNAbilize platform technology to deliver DNA therapeutics directly to cancer cells. The company could be on the verge of developing effective therapy to treat untreatable cancer. Furthermore, Bio-Path’s therapeutics could give the required treatment to cancer patients without the harsh side effects that usually come with treatments like chemotherapy. BPTH stock has been up by over 130% year-to-date. 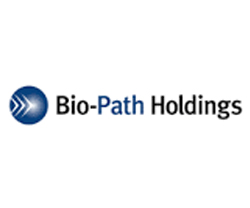 The company’s latest rally seems to be coming from news that it received its third U.S. patent grant related to the manufacturing of its platform technology, DNAbilize. The new patent builds on earlier patents granted that protect the platform technology, which is Bio-Path’s novel RNAi nanoparticle drugs. DNAbilize improves upon the drawbacks of traditional approaches, which are limited by the toxicity induced by either the DNA backbone or lipid delivery.

The company currently has 5 therapies in its pipeline, with Prexigebersen being in phase 2. Prexigebersen is the company’s lead product candidate and is being studied as a treatment for acute myeloid leukemia. It has so far shown successful results in its Phase 1 clinical trial. All things considered; will you consider adding BPTH stock into your portfolio?

[Read More] Making A List Of The Best Marijuana Stocks To Buy Right Now? 4 To Watch

Biogen is a multinational biotech company that is based in Massachusetts and is a pioneer in neuroscience. It specializes in the development and delivery of therapies for many neurological diseases. The company remains focused on furthering Alzheimer’s disease research and treatment. Also, the company boasts a plethora of drugs and treatments in its pipeline. Biogen’s share price has been up by over 12% year-to-date. 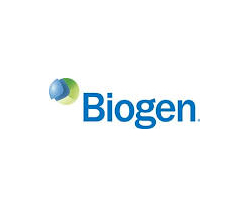 Biogen also reported that it has seen strong progress in its pipeline, where 8 of them are expected to have mid-to late-stage data readouts this year. It also announced that it will study potential biomarkers of cognitive health using Apple (NASDAQ: AAPL) Watch and iPhone. All things said, is BIIB stock a top biotech stock to buy?

Pacific Biosciences is a biotech company that develops comprehensive solutions for scientists in the field of genomics. In summary, the company is the brains behind the Single-Molecule, Real-time (SMRT) sequencing technology that sets a new standard for quality and completeness of sequencing results. Through Pacific’s transformative technology, it can provide highly accurate and uniform results in genetic sequencing. PACB stock has been up by over 80% year-to-date. 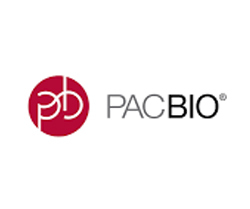 On Wednesday, the company received a $900 million investment from SoftBank to support its growth initiatives. The investment certainly validates Pacific’s position in long-read DNA sequencing and would no doubt fuel the company’s growth strategies. It also announced its fourth-quarter fiscal on Wednesday. In it, the company reported that its revenue for the quarter was $27.1 million, representing a 42% increase sequentially.

Recently, the company also announced a multi-year collaboration with Invitae Corporation (NYSE: NVTA) to begin the development of a production-scale high-throughput sequencing platform. With the excitement surrounding the company, will you consider adding PACB stock into your portfolio?