By: StockMarket.com
Are These Top Renewable Energy Stocks Worth Investing In Now?

Given the current state of the world, renewable energy stocks could be hot stocks to buy now. Naturally, this could be the case given the current situation with global warming and climate change. If anything, the jump to clean energy is becoming more of a necessity each day. As a result, governments across the globe have and continue to dedicate more resources to the clean energy industry. This is evident from the emphasis on clean energy solutions in President Biden’s $2 trillion infrastructure bill. In fact, the U.S. Energy Information Administration estimates that electricity generation from renewable energy will grow to 21% this year. With all these tailwinds in play, investors could be looking for the best renewable energy stocks on the stock market today.

For instance, some of the top solar energy stocks are already sitting on massive gains. We only need to look at the likes of Daqo New Energy (NYSE: DQ) and Enphase Energy (NASDAQ: ENPH) to see this. Specifically, DQ stock is currently up by over 500% in the past year. With figures like this, it would only make sense that investors are adding renewable energy stocks to their watchlists. If you are looking to do the same, here are four hot renewable energy players to know now.

QuantumScape is a renewable energy company that focuses on solid-state lithium batteries. Its batteries are designed primarily for the electric vehicle market. The company could be on the verge of creating a next-generation battery. The company is also backed by Microsoft (NASDAQ: MSFT) co-founder Bill Gates and Volkswagen (OTCMKTS: VWAGY). QuantumScape’s battery technology is game-changing as it has a much higher energy density than conventional batteries. It also allows for fast charging without any adverse impacts, capable of charging up to 80% in less than 15 minutes. 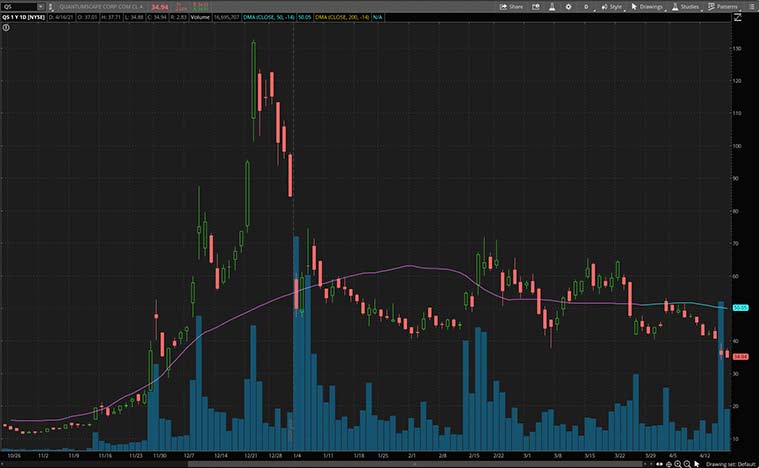 Despite the improvements over the past decade in energy density and lifetimes of lithium-ion batteries, EV cells still lag behind internal combustion engines on some performance metrics. Most EVs have a range of fewer than 300 miles and they take more than an hour to recharge their battery packs. These batteries also pose a serious safety risk because of their flammable materials.

Last month, the company announced that it has met Volkswagen’s technical milestone, clearing the way for an additional $100 million investment. The additional funding should be sufficient for QuantumScape to bring its revolutionary battery tech into mass production. Given all of this, will you consider QS stock a buy?

SunPower is a company that specializes in solar power generation and energy storage. The company designs an all-in-one residential and commercial solution for customers. It boasts industry-leading customer services and also one of the most comprehensive warranties. Boasting over 35 years of dedicated solar experience, SunPower has a diversified portfolio of leading residential, commercial, and solar storage solutions. SPWR stock has been up by over 500% in the last year. 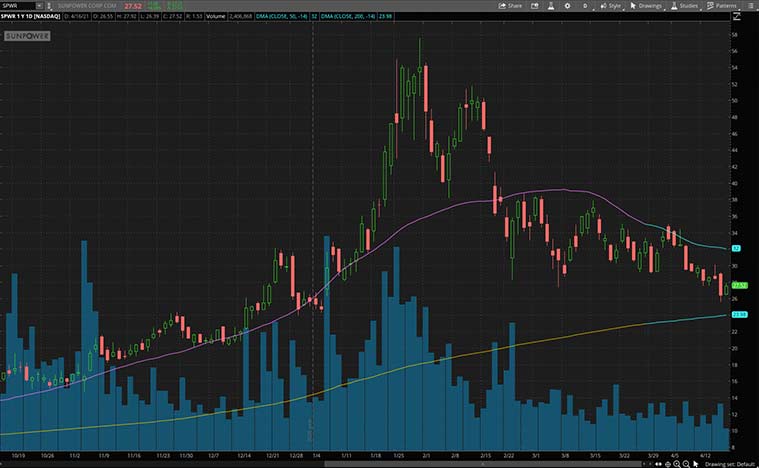 In February, the company reported its fourth quarter and fiscal year 2020 financial results. Impressively, the company enjoyed a 65% increase sequentially in commercial and industrial solutions. It also posted a net income of $412 million. 2020 was a transformational year for the company as it completed the spin-off of Maxeon.

This has significantly improved SunPower’s financial performance and rapidly shifted its sales strategy to meet increasing U.S. demand as consumers and businesses looking to generate and store their own energy. The company also ended the year with $232.8 million in cash. Could this make SPWR stock worth adding to your portfolio?

Plug Power is a renewable energy company that is engaged in developing hydrogen fuel cell systems that replace conventional batteries in equipment and vehicles powered by electricity. In essence, it is a leading provider of clean hydrogen and zero-emission fuel cells that are both cost-effective and reliable. PLUG stock has risen by over 400% over the past year. During the same period, the company has announced multiple partnerships and executed strategic acquisitions. 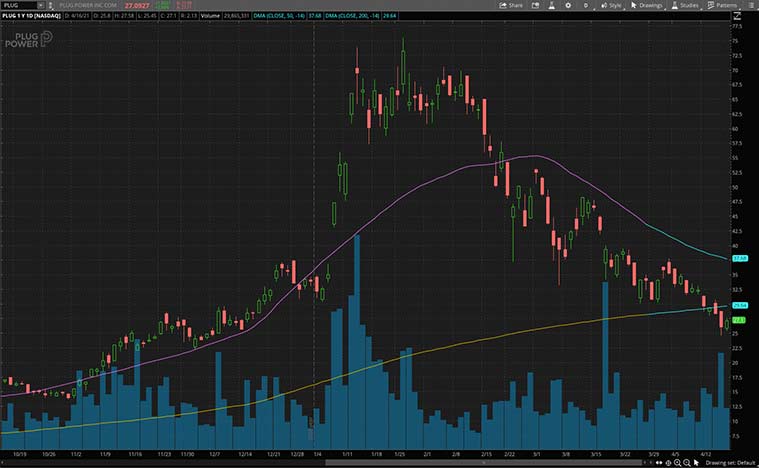 In its fourth-quarter financials that were posted in February, the company reported $337 million in gross billings for the year 2020, a 42.5% increase year-over-year. It also ended the year with $5 billion in cash to execute on its global growth strategy and objectives.

Impressively, Plug Power is also on track to deliver on its recently raised 2021 and 2024 financial targets. The company had also acquired United Hydrogen and Giner ELX. This would position Plug Power as a fully vertically green hydrogen generation company. Ultimately, the company’s green hydrogen strategy could position it as an industry leader in the $10 trillion hydrogen economy. All things considered, will you buy PLUG stock?

Topping off our list is appropriately named fuel cell power company, FuelCell Energy. In brief, the company designs, manufactures, operates, and services Direct Fuel Cell power plants. Overall, FuelCell’s services would play a crucial role in the nation’s transition towards clean energy. Specifically, its renewable energy solutions can leverage intermittent sources of mixed clean energy. What this means is that FuelCell’s offerings can operate on several types of clean energy at once. Given the versatility of its tech, FCEL stock could be worth watching amidst the growing clean energy market. However, FCEL stock appears to be on a downward trend this year, albeit still posting gains of over 450% in the past year. Could now be the time to buy on the dip? 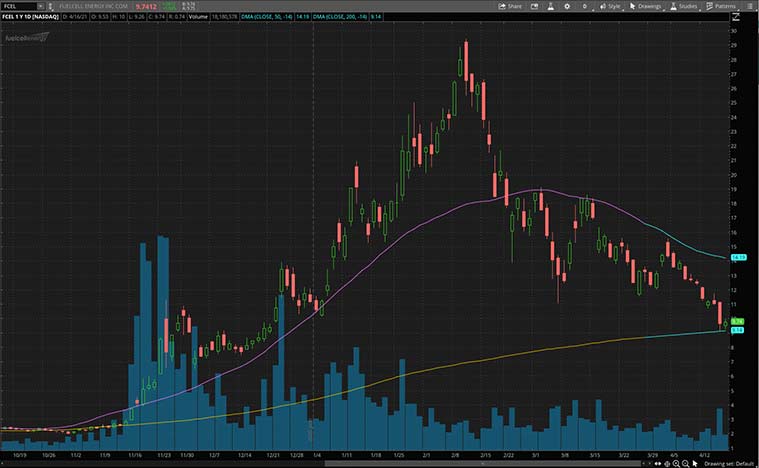 Well, for one thing, FuelCell has not been sitting idly by. As of last month, the company is currently a member of Hydrogen Europe (HE). What is HE? Well, it is the leading European association representing the interests of the hydrogen and fuel cell industry and its stakeholders. Through this community, FuelCell is working with major companies in the industry to significantly advance and accelerate the hydrogen economy.

For one thing, FuelCell would be bringing over half a century’s worth of experience in fuel cell development to the table. In theory, should FuelCell play its cards right here, the company could even broaden its presence in the European market. To this end, would you say that FCEL stock is worth investing in now?