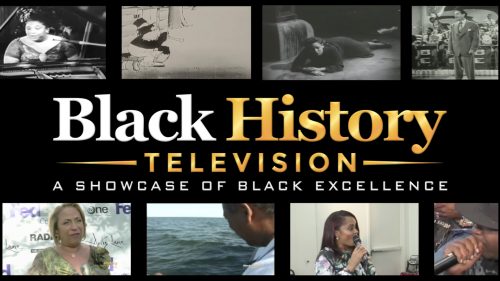 Darryl Edric Pugh Sr. and his wife Renée W. Pugh will soon see their long cherished dream turn into reality with the launch of Black History TV on September 29, 2021. This will be a historic moment for the Black community as well as for the two creators, who have spent over 40 years producing more than 900 hours (10 terabytes) of rare and never seen before black reality television footage featuring some of the most iconic names in modern-day history.

Black History TV will be the first-of-its-kind streaming platform, an evolution in black filmmaking. Now the world will get to see stories about black icons such as BET founder Bob Johnson, Michael Jackson, Whitney Houston, Boyz To Men, Tony Braxton, Cathy Hughes, Dick Gregory, Stevie Wonder and others. “We also plan to finance and distribute other black filmmakers.”, said Renée Pugh.

In 1983, the couple wrote, produced, and directed ‘The Raven’ the first black version of ‘Dynasty’, chosen by the National Association of Broadcasters for their first annual minority television producer’s exhibition along with The Cosby Show in 1984. ‘The Raven’ was in serious consideration by NBC, which ultimately chose The Cosby Show. “‘Empire’ on Fox was not the first.” said Pugh.

Seven years later, Darryl landed a deal with the ABC affiliate in Baltimore to write, produce and direct a new one-hour pilot of ‘The Raven’ shot in 16mm film. It made television history when it aired January 12, 1991 from 11:30pm to 12:30am. It even beat out “Saturday Night Live” in the Nielsen ratings. Subscribers can experience both pilot episodes on the new app.

Ironically, it was the same network affiliate that gave Oprah Winfrey her big break in talk in 1978. Darryl also worked as a commercial topical producer for the Oprah Winfrey show from 1986 to 1990. He stated that he owes his life to a teenage crush he had on Miss Winfrey when she first arrived in his hometown of Baltimore in 1976. His story will be told on the new channel as well.

Black History Television promises to be the place to celebrate, remember and take inspiration from centuries of contributions that the black community has made. There will both a free and paid version of the new streaming video app. For each paid monthly subscription, $1 will go towards funding scholarships at Historically Black Colleges and Universities (HBCUs).

For more information and updates please install their Progressive Web App at: https://blackhistorytv.tv/